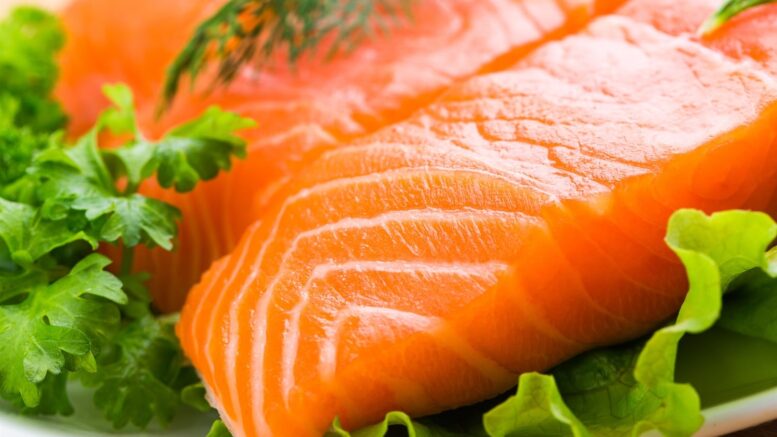 It is essential to have fun while eating without forgetting to combine pleasure with health and well-being. Many foods would help you feel better, fight stress and restore energy. Here is our selection of six wellness foods to add to your diet.

Sesame seeds are rich in vitamin B6. Also known as pyridoxine, vitamin B6 plays an important role in the synthesis of neurotransmitters such as serotonin (pleasure hormone) or dopamine (happiness hormone). Therefore, consumption of sesame seeds would promote the chemical process of "good mood". One study also says that a vitamin B6 deficiency would cause an excess of irritability. In addition, sesame seeds also have antioxidant properties that play a key role in slowing cellular aging.

Salmon contains 0.5 to 1.5 g of omega-3 per 100 g. In addition to fighting against excess cholesterol through their anti-inflammatory properties, omega-3s would make you optimistic. One study states that people who consume salmon would be less depressed and less affected by depression.

Omega-3 in salmon also makes it a good food for cardiovascular health. In addition to being a health food, salmon is very low calorie with only 200 kcal per 100 g. A good reason to put it on the menu!

3. Lentils to stimulate the body

Like proteins and fats, carbohydrates are essential nutrients that provide energy to the body. Lentils, thanks to their high carbohydrate content (100 g of cooked lentils = 13 g of carbohydrates) stimulate the body by increasing tone and improving mood. Because of their fiber content (4.5 grams of fiber per 125 ml serving), lenses would help fight against certain types of cancer, such as colon cancer, type 2 diabetes or constipation. In addition, the lenses contain antioxidants that protect the body's cells from damage caused by free radicals (substances produced during the normal functioning of the body). Finally, lentils are part of legumes whose regular consumption is recommended.

Hazelnuts, almonds, pistachios… They are known for their high magnesium content with 133 mg for 1/4 of a cup of nuts. The recommended daily intake of magnesium to help your body function properly is approximately 350 mg. Magnesium plays an important role in the metabolism of energy and plays a vital role in nerve transmission and relaxation, a vital process for heart function. Magnesium deficiency is associated with spasmophilia, a condition also known as neuromuscular hyperexcitability. To promote relaxation and well-being, do not hesitate to put the nut on the menu of your snacks!

The nutrients in chocolate cause an increase in tryptophan, an amino acid that, when it passes into the brain, turns into serotonin. This hormone holds an important role in mood changes. A deficiency or imbalance of serotonin could cause an anxiety state. The chocolate, whether black, milk or white, would make happy but in moderation because the chocolate is caloric with 530 kcal for 100 g is half a bar of chocolate.

Known for its health benefits, soy or soy contains tyrosine, an important amino acid for the body. Tyrosine, arriving in the brain, is transformed into dopamine (pleasure hormone). It then acts as a mood regulator and would reduce stress.

Soy could have a preventive effect on cardiovascular diseases because it contains fatty acids. It would also be beneficial on the rate of "bad" LDL cholesterol. Nutritionists recommend a consumption of soy, in all its forms, of at least 30 g per day to people suffering from excess cholesterol.