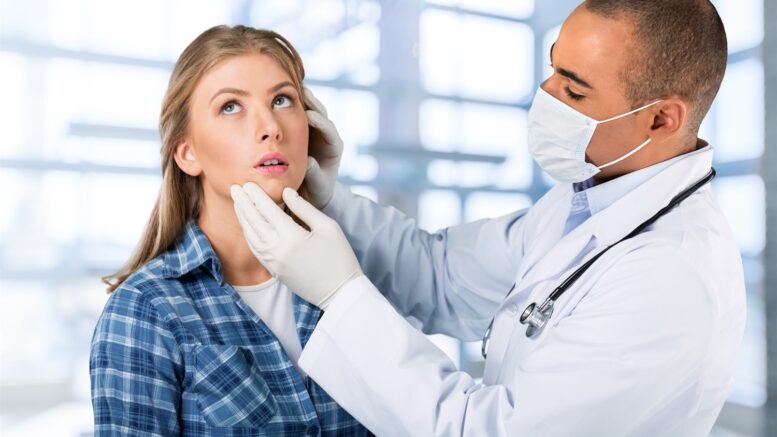 There are two main types of skin cancer: carcinoma, which accounts for the vast majority, and melanoma, which is rarer but more serious. Here are ten early signs that can help you identify the deadly disease early.

A mole or any other type of asymmetrical lesion must require consultation.

It is important to monitor your moles, have them checked once a year by the dermatologist and "inspected".

2. A lesion with irregular outlines

A mole should have a consistent color with tones that range from light brown to dark black. If you see depigmented areas (flesh color), red (signs of inflammation) or bluish highlights, you should consult a doctor.

A mole or lesion that changes appearance but also size should alert.

If it is more than 6 mm in diameter, the risk of skin cancer exists, so it is imperative to consult a specialist.

4. A lesion with a changing color

A mole that changes from a light brown to a dark brown color should motivate a consultation. Similarly, if a mole changes color (becomes red or white for example).

5. A lesion that does not heal

If a wound appears when you no longer remember being hurt, if a wound is hard to heal, if a wound heals and then comes back, if the scar takes on an unusual color, it could be a sign of cancer.

A pink or red plaque of slow and gradual extension must attract attention and be the subject of a thorough examination, even if it is not painful. It is often mistaken to think that skin is itchy or painful in cases of skin cancer, but it is a common misconception.

7. A mass whose surface has small blood vessels

Apparent blood vessels on a mass, especially if they were not present before is cause for alarm.

They can reveal a basal cell carcinoma plane or pearled border.

A bleeding lesion that does not appear to be irritated or has been skinned requires a diagnosis to rule out the risk of nodular basal cell carcinoma.

The areas of this cancer are often fragile and bleed easily.

Some lesions can be a source of intense itching that can eventually lead to the formation of ulcers. If it is not necessary to be alarmed at the slightest lesion of the skin, it is nevertheless advisable to consult a doctor dermatologist when it scrapes or does not heal because it is one of the specific signs of basal cell carcinoma.

Warts, also called viral papillomas, are skin lesions that are benign, that is to say without gravity, corresponding to skin growths. However, some masses may be reminiscent of warts but are actually growths indicative of skin cancer. In case of suspicion of wart, it is better then to show it to a specialist.