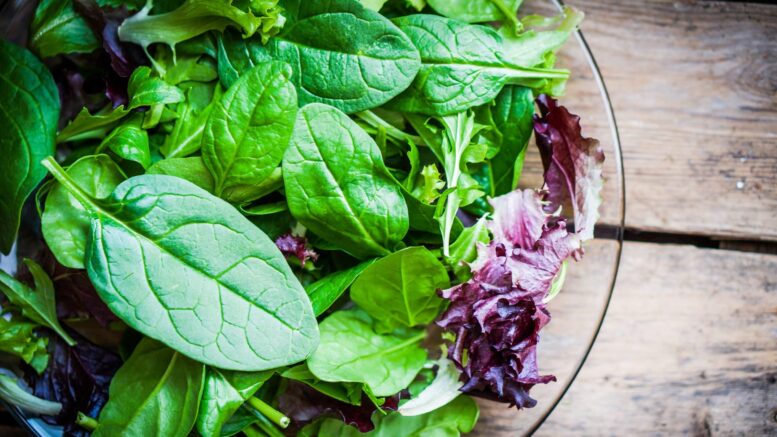 Is spinach good for diabetes

Is spinach good for diabetes?

Spinach (Spinacia oleracea) is a leafy green plant that originated from Persia and is native to western and central Asia.

For many of us, it was the kind of food that we ran from as a kid when it was placed on the table.

But what if we get over its taste and concentrate on health benefits instead? What positive effects does spinach have on our bodies? Is it suitable for a diabetic diet?

Are there downsides to eating spinach?  You can find answers to these and more questions below.

Vitamins and minerals in spinach

Improved glycemic control – Out of the numerous health benefits this might be the most interesting one in the scope of a diabetes-friendly diet.

The American Diabetes Association has listed spinach as a superfood for type-1 and type-2 diabetes. As we have seen above, spinach is an excellent source of fiber.

Dietary fiber is composed of carbs that our body can not digest or absorb. Because of its numerous positive effects like maintaining bowel health, normalizing bowel movements, and lowering cholesterol levels, it is essential for every human being.

For diabetics it’s twice as beneficial since it helps control blood sugar levels: Fiber slows the absorption of sugar from other foods. According to studies, eating adequate amounts of fiber can even reduce the risk of developing type 2 diabetes.

Alpha-lipoic acid is amongst the antioxidant molecules contained in spinach. The study has shown that intravenous administration of alpha-lipoic acid had positive effects on glucose levels and insulin sensitivity.

It even improved peripheral neuropathy and autonomic neuropathy in diabetics.

A small study has even revealed some hypoglycemic effects of spinach leaves and participants have shown better HBA1C values when supplemented for 60 days.

Eye health – As we have already mentioned, spinach is rich in carotenoids. Zeaxanthin and lutein, particularly, help our eyes to deal with damage from the sunlight.

Research has shown that these pigments can prevent and according to some data, even reverse damage during cataracts and macular degeneration.

In diabetic rats, spinach methanolic extract attenuated retinal degeneration. The same type of degeneration happens in humans due to high blood glucose levels. But human studies still need to be conducted to prove its efficacy.

Reduces oxidative stress – Thanks to its high antioxidant content, spinach does a great job fighting free radicals. Free radicals are atoms that can cause damage to your cells.

The damage accumulates and contributes to faster aging and increased vulnerability to diseases. Oxidative stress can even serve as one of the cofactors for developing diabetes.

Lowers blood pressure – Many diabetics suffer from hypertension as well. Spinach contains high levels of nitrates that have been shown to help maintain proper blood pressure.

A study conducted in 2015 showed that dietary nitrate from spinach may contribute to hypertension management.

There might be some occasions when diabetics as well non-diabetics should limit their intake of spinach.

Kidney stones – Calcium oxalate stones are the most common type of kidney stones. And spinach is a source of both – calcium and oxalate. So it is not among the desired food list for people who suffer from or are at high risk for developing this condition.

Warfarin therapy – Vitamin K found in spinach aids clotting. The patients are always warned when beginning blood thinner (anticoagulant) drugs, such as warfarin, to avoid or limit the number of green vegetables like spinach, broccoli, and kale in their diet.

So feel free to enjoy fresh leaves in your salad, canned or steamed spinach or spinach-smoothie for breakfast or even crunch on spinach chips as a snack.

Is Kale Good for Diabetes

Is Cabbage Good for Diabetics