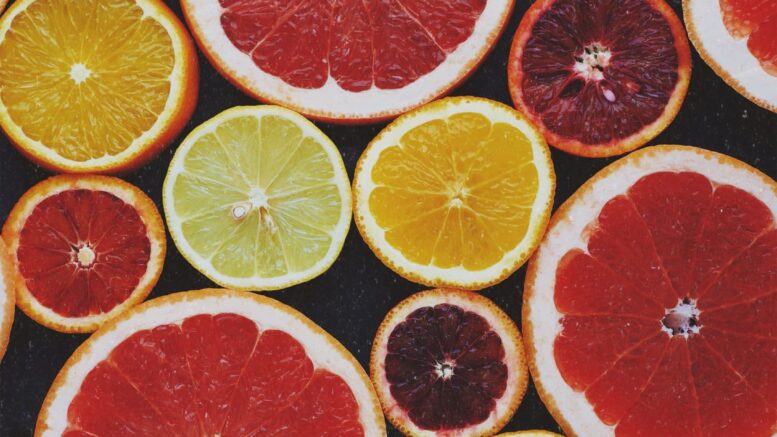 Is Grapefruit Good for Diabetes

Is grapefruit good for diabetes – Overview?

Is grapefruit good for diabetes – Grapefruit is a prominent representative of subtropical fruits that grow on evergreen trees.

These fruits are very similar to oranges but differ in size, taste and color. They are the juicy piquant citruses, their exotic taste depends on the type and ripeness, ranging from super sweet to super sour.

It is believed that grapefruit is a hybrid of pomelo and orange. It was named the “grape” fruit since – it grows in clusters, and in an unripe form it looks like green grapes.

We can say that grapefruit is almost entirely packed with nutrients, minerals, and vitamins. In its composition, we will find fiber, vitamins B, C, D, PP, A calcium and potassium, manganese a set of organic acids, and essential oils.

In this article, we learn about some of the potential health benefits grapefruit has on diabetes.

So, is grapefruit good for diabetes?

Grapefruit is not only a safe product but can even be preventive for diabetes and its complications.
Its rich nutritious content has a beneficial impact on different aspects of metabolism and has several actions on diabetes

Why is Grapefruit good for diabetes?

Low Glycemic index
The glycemic index of grapefruit is 25 which is low GI – meaning that diabetics can safely consume it without worrying about blood sugar spikes.

Noteworthy to mention, when consumed in the form of juice Glycemic index will be higher
And the glycemic load of ½ cup of chopped grapefruit is 1.2 – which is also considered to be below.

Grapefruit products have been studied to have a positive impact on insulin resistance and blood glucose levels.

With similar effects, grapefruit juice can be compared to metformin, the most commonly prescribed anti-diabetic medication.

Although, important to note, that these researches were conducted on animals, hence they have little relevance to humans and further studies are needed.

These medicinal properties of grapefruit have been studied in detail at the Hebrew University of Jerusalem.
It is scientifically proven that pectin allows you to remove cholesterol from the body.
Pectin is a main type of flavonoid in grapefruit.

Doctors recommend eating fruits with rich pink pulp, in which pectin is several times higher than in other fruits.

So according to this information, a grapefruit a day keeps heart disease away.

Maintaining a stable weight/BMI and losing extra pounds is extremely crucial for diabetics. It’s even one of the main types of management for pre-diabetes.

How does grapefruit help?

Grapefruit diets are not a myth

In addition to being only 42 calories per 100 grams, improving digestion and eliminating “bad” cholesterol, this citrus fruit helps control appetite.

Who would have thought, that only 1-2 slices can wake up the taste buds and reduce the desire to eat a huge plate of “unhealthy” snacks?

In addition, this interesting Pubmed study demonstrates the effect of grapefruits on body weight.
91 Obese patients with metabolic syndrome were classified into 4 groups according to grapefruit consumption:

Metabolic syndrome parameters and weight were measured at the start and 12 weeks after the diet.

The first group that consumed fresh grapefruits had lost 36 pounds, the second group 33, the third 24 and the placebo group had only lost 1 pound.

Besides that, in the grapefruit groups, there was a notable decrease in 2 hours post-glucose insulin level, supporting the idea of grapefruit being a beneficial product in cases of insulin resistance.

Unfortunately, the mechanism behind those effects was not studied, but researchers concluded that grapefruit can confidently be used as an aid for weight loss diets.

Although we’ve got to accept the fact that, without adhering to a generally healthy diet, all efforts of weight loss will be in vain.

is grapefruit good for diabetes

Grapefruit is loaded in antioxidants

Antioxidants are well-known fighters against cancer, chronic diseases and infections.

Citruses are probably the first products that come to mind when speaking about rich Vitamin C content products. And it’s true.

52% of grapefruit is Vitamin C which is a strong water-soluble antioxidant, having the ability to protect cells against damage from reactive oxygen species.

Furthermore, as stated by researchers increased vitamin C dietary intake through fruits and vegetables can potentially be associated with lower rates of type 2 diabetes progression and its complications, although results are promising, more research is required on this topic.

Eye problems and dementia are quite common long-term complications for diabetics, beta carotene intake can potentially slow down these processes.

Grapefruit is rich in potassium

Grapefruit is a great source of potassium, 126 grams per 100 grams of fruit. This electrolyte has special importance in supporting the health of the heart and blood vessels.

Since diabetes makes people more susceptible to cardiovascular diseases, consuming potassium in grapefruit form does patients a great favor as it is commonly recommended for the prevention of atherosclerosis and heart failure.

Medications
Grapefruit and grapefruit juice are known for their inhibitory effect on liver enzymes responsible for drug metabolism.

It’s even called a pharmacologists’ nightmare since it can interact with many medications and increase their concentration in the body.

As we know, Type 2 diabetics are more prone to cardiovascular, neurological, and other chronic diseases, hence they tend to be prescribed a lot of therapeutic drugs.

In case you are taking lipid-lowering (statins), Blood pressure medications (Calcium channel blockers), Antiarrhythmics (Amiodarone) Antipsychotics (Benzodiazepines) or any other agents, grapefruit intake can significantly impact the concentration of medications in plasma which is dangerous for health.

For that reason, extra attention should be drawn to grapefruit portions, drug dosages and of course – consultation with a physician before making any changes to a diet is advised.

Portion control
Despite its amazing and numerous benefits for our health, it’s still a fruit with quite rich content of carbohydrates, more specifically there are 7 grams of sugar per 100-gram fruit, which does us no good and is especially worrisome for diabetes.
Consuming

Oral problems
Drinking grapefruit juice provokes severe soreness in the area of ​​the teeth and gums. To reduce the consequences after drinking the drink, it is better to rinse the oral cavity with water.

Is Keto Good for Diabetics?

Is Pineapple Good for Diabetes?